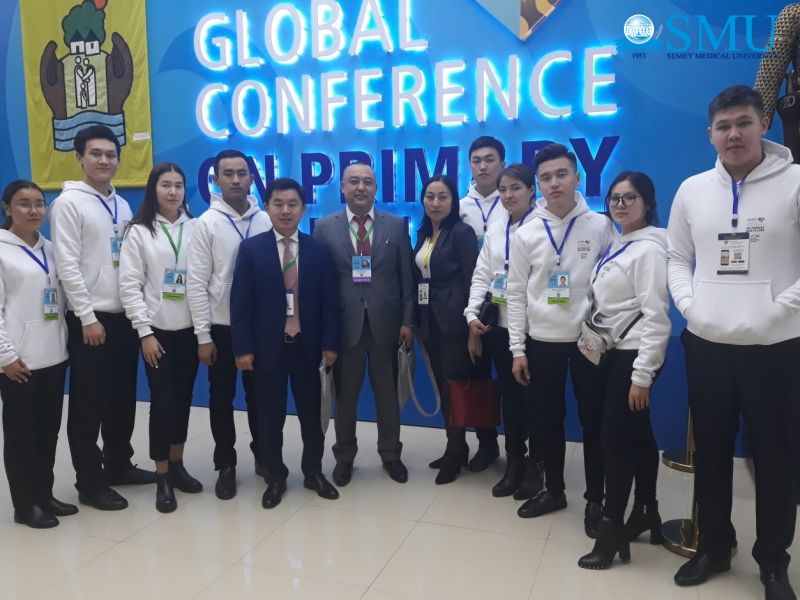 On October 25-26, 2018, over a thousand delegates from 146 countries of the world came to Astana to discuss topical issues of primary health care. This global conference, jointly organized by the government of Kazakhstan, the World Health Organization and UNICEF, is timed to the 40th anniversary of the adoption of the Declaration of Alma-Ata. The anniversary of this landmark public health event presents an opportunity to reaffirm the principles embodied in the initial declaration and to emphasize the importance of primary health care for achieving common goals. This conference will once again confirm that achieving the highest possible level of health is the most important social task of the world, a fundamental human right. Volunteers played an important role in holding such a large-scale event, among which were our students: Zhanybekov Yerassyl, Kabdeshov Ibrahim, Kondratyeva Roza, Bolatova Shariat, Espenbetov Arman, Muratbekov Duman, Madiyarova Ainur, Kenesbayeva Aizhan, Auleisova Saltanat, and Amangeldiyev Nazar. During these 2 days the volunteers did a great job, the organizers spoke well of their work.

Olympiad “The best graduate pediatrician for the personnel reserve “Nadezhda” 2023″
30.01.2023
Go to Top
Skip to content