You are here:
Students 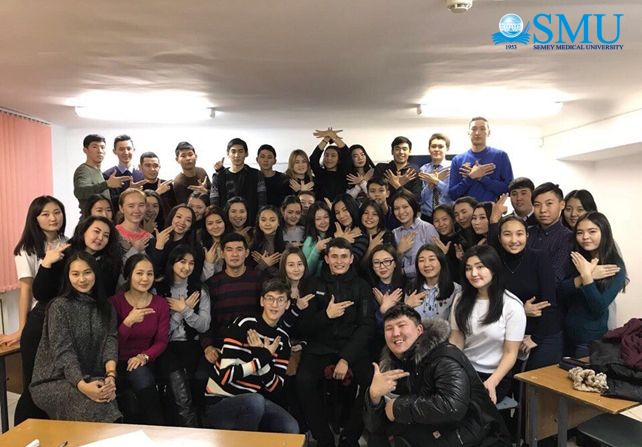 In 16-17th February 2019, debate club of Semey medical university "Salauat" organized a tournament called "Sanaly urpak – ult bolashagy". Aim of the tournament was to solve the problem of corruption and to encourage society to act against the corruption.

During 2 days, students discussed about how to deal with this problem. In general among 16 team, team "Sestrinskaya liubov" Aknur Bulegenova and Zhasbolat Shynar got first place, the team "inferno" Khasanov Erkebulan and Auken Aidos got second place, team "this is good" Azamat Eldar and Nasyrova Erkezhan was awarded with third place. Congratulating winners, we are thankful for our university for giving this opportunity. We believe that such tournaments in the year of youth will be held a lot.

Seminar for students of SMU, NCJSC on learning of clinical protocols of influenza/ARVI/COVID-19 among children and adults
02.02.2023

Participation in the seminar “Providing medical care for influenza, SARS and COVID-19” of infectious disease residents and interns of the DPD 622 group
01.02.2023