The work of outstanding people 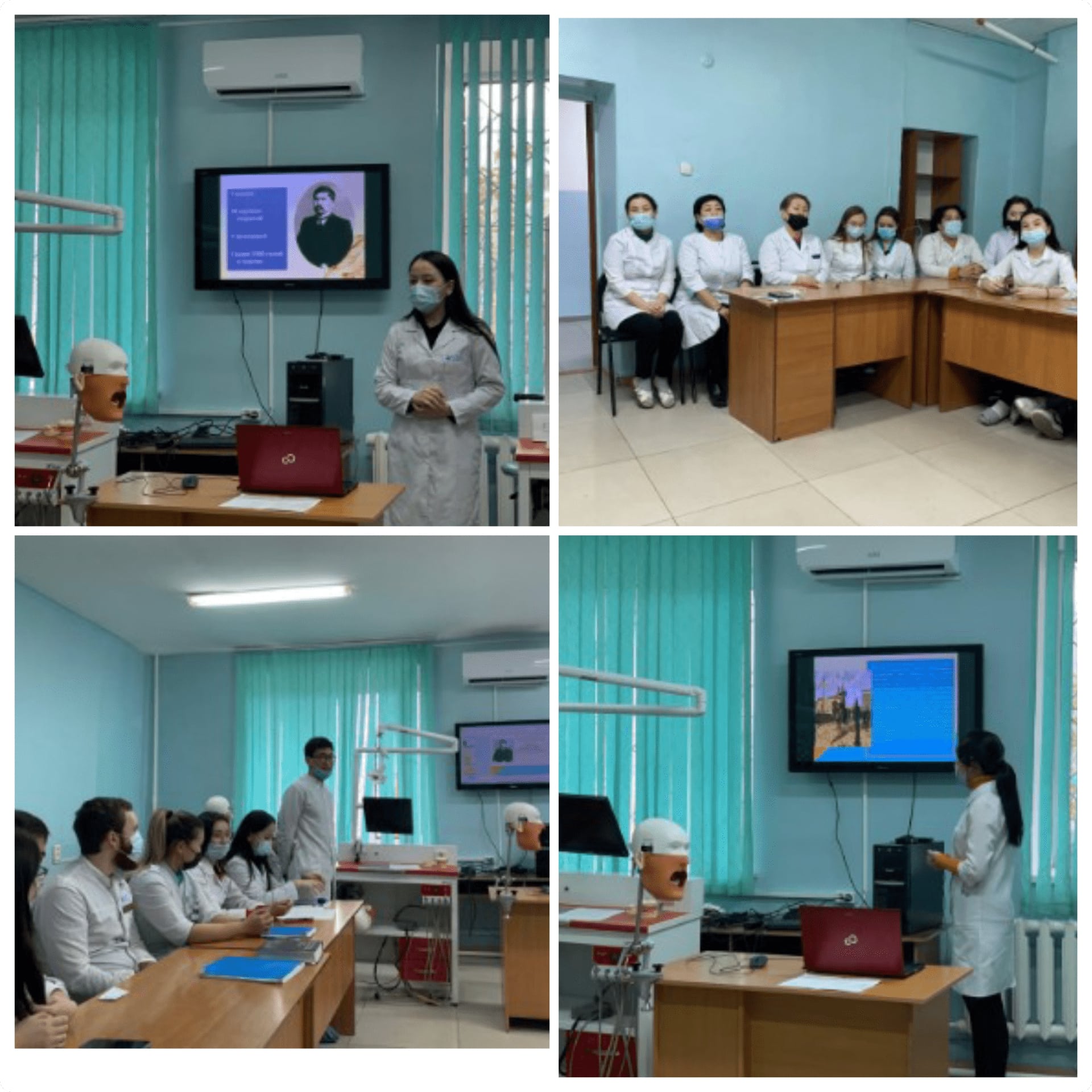 This year is a 155th year since Älihan Bökeihan, a prominent statesman and politician, founder and leader of the Alash national democratic party, environmental scientist, talented publicist, linguist, poet and a translator was born. On the 1st of November, 2021, teaching staff and students of the Therapeutic Dentistry department organized a historical dispute with a roundtable discussion, named “Great son of Kazakh nation”. This roundtable discussion was dedicated to memorizing and quoting significant works of the scientist, directed to patriotic education of youth and popularization of the activities of great persons of Kazakh nation. Älihan Bökeihan had dedicated his whole life to fight for Kazakh nation’s freedom and political independence. Independence of Kazakhstan was a purpose and a dream of Älihan Bökeihan and his allies from Alash party. It’s notable, that the 155th anniversary of Älihan Bökeihan’s birth matches with 30th anniversary of the Kazakhstan Independence. Along with his political and scientific activity, he had translated works of Russian and European writers to Kazakh language and learned such a science spheres as astronomy and geography. All 4th course students were interestedly discussing his autobiography and political, scientific activities. Students quoted Älihan Bökeihan’s works that were full of deep patriotic essence. Students showed their knowledge and vision of our great statesman and politician. Eternal memory for our national hero, the greatest philosopher and an example to follow for every citizen of our country.

Students of SMU – winners of the international online Olympiad in a foreign language
23.12.2022
Search
Subpages