Victory Day is one of the great holidays 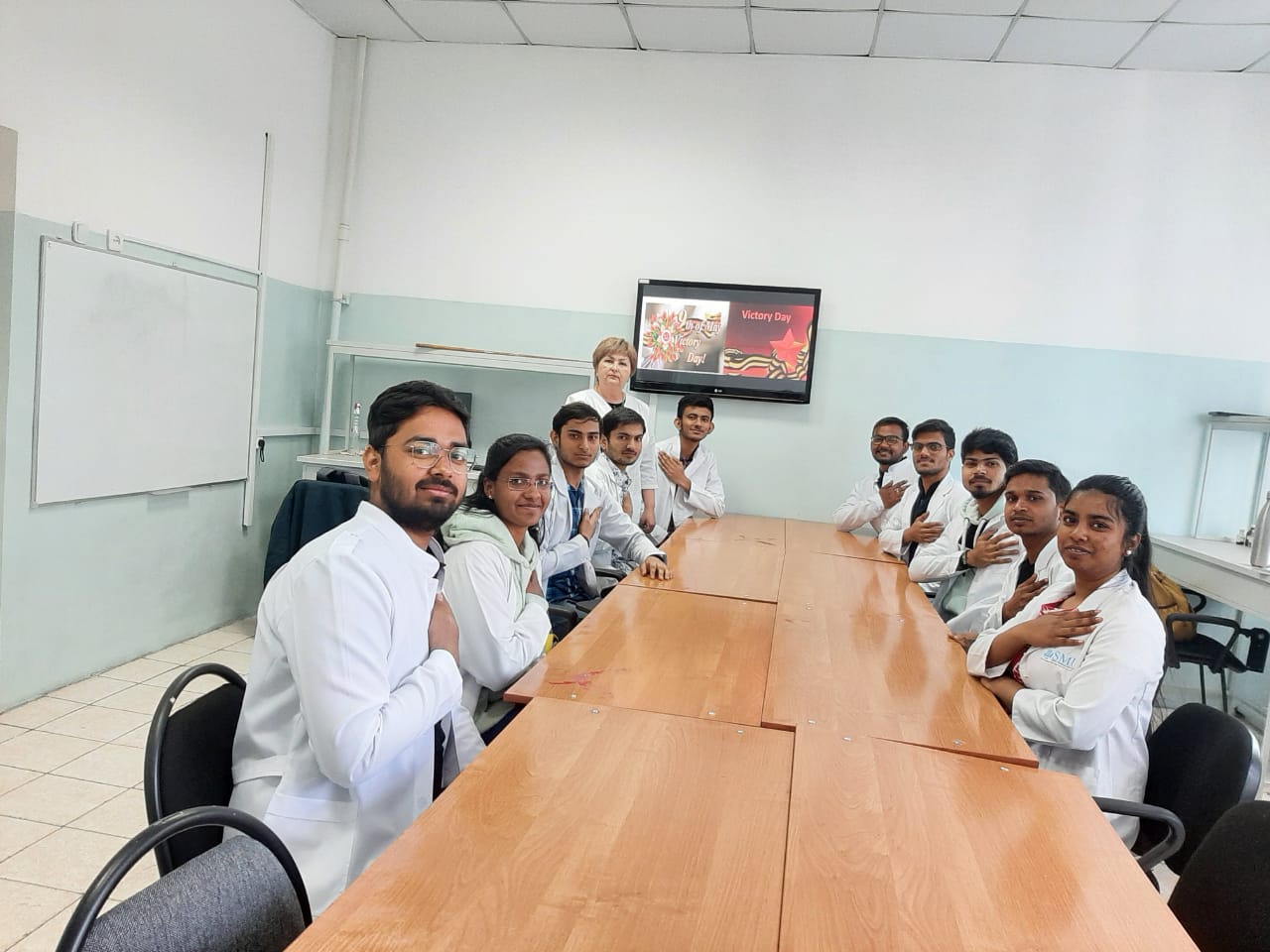 Victory Day is a holiday that marks the end of a murderous war that claimed the lives of millions of soldiers and civilians. Victory Day is celebrated on May 9 – in 2022, the 77th anniversary of the victory in the Great Patriotic War. May 6 at the Department of Biochemistry and Chemical Disciplines named after Professor Tapbergenov S.O., curator Olzhaeva R.R. together with the students of the curatorial group 2340, they held a curatorial hour dedicated to the day of victory. The students of the 2340 group Usama Mehmood, Muhammad Hassan, Mustafa Sana presented the material they had prepared. Conversations were also held in groups 2228, 2230, 225. In the Republic of Kazakhstan, as in other countries, May 9 is celebrated on a large scale. During the war years, more than 25% of the Kazakhs went to the front. During the war, Kazakhstan produced lead in large quantities, the republic supplied food, warm clothes and money to the front. In modern Kazakhstan, flower and wreath-laying ceremonies, commemorative events, festive concerts are held, where veterans are honored. Exhibitions of military equipment are held, the memory of the dead is honored with a minute of silence. On this day, you can immerse yourself in the atmosphere of spectacular battle reenactments. The Kazakhstan sent to the front more than 1.2 million soldiers, 12 rifle divisions, 4 cavalry divisions, 7 brigades, about 50 separate regiments and battalions. For heroic deeds during the Great Patriotic War, 499 citizens of the Kazakh SSR, including 99 Kazakh women, were awarded the title of Hero of the Soviet Union, Halyk Kaharmany, two Kazakh women – Manshuk Mametova and Aliya Moldagulova were awarded the title of Hero of the Soviet Union. 110 Kazakhstanis were awarded Orders of Glory of three degrees.

On behalf of the department and students of curatorial groups 201 “Dentistry”, 2340 “General Medicine” and other groups of foreign departments 2228, 2230, 2225, we congratulate everyone on the holiday, on the day of victory! We express our deep gratitude to all veterans, to all who won the victory, we wish you health and long years, peaceful skies, bright sun, friendship, solidarity, mutual understanding and respect. May there always be peace, happiness and prosperity in our homes! As long as we remember the past, we have the future!

The Importance of Fostering Information Culture in Today’s Digital Age: Insights from a Master Class and Quiz on the Topic
07.02.2023

The results of the contest for selecting candidates to study at Nagasaki University
07.02.2023
Search
Subpages