You are here:
Social LifeStudents 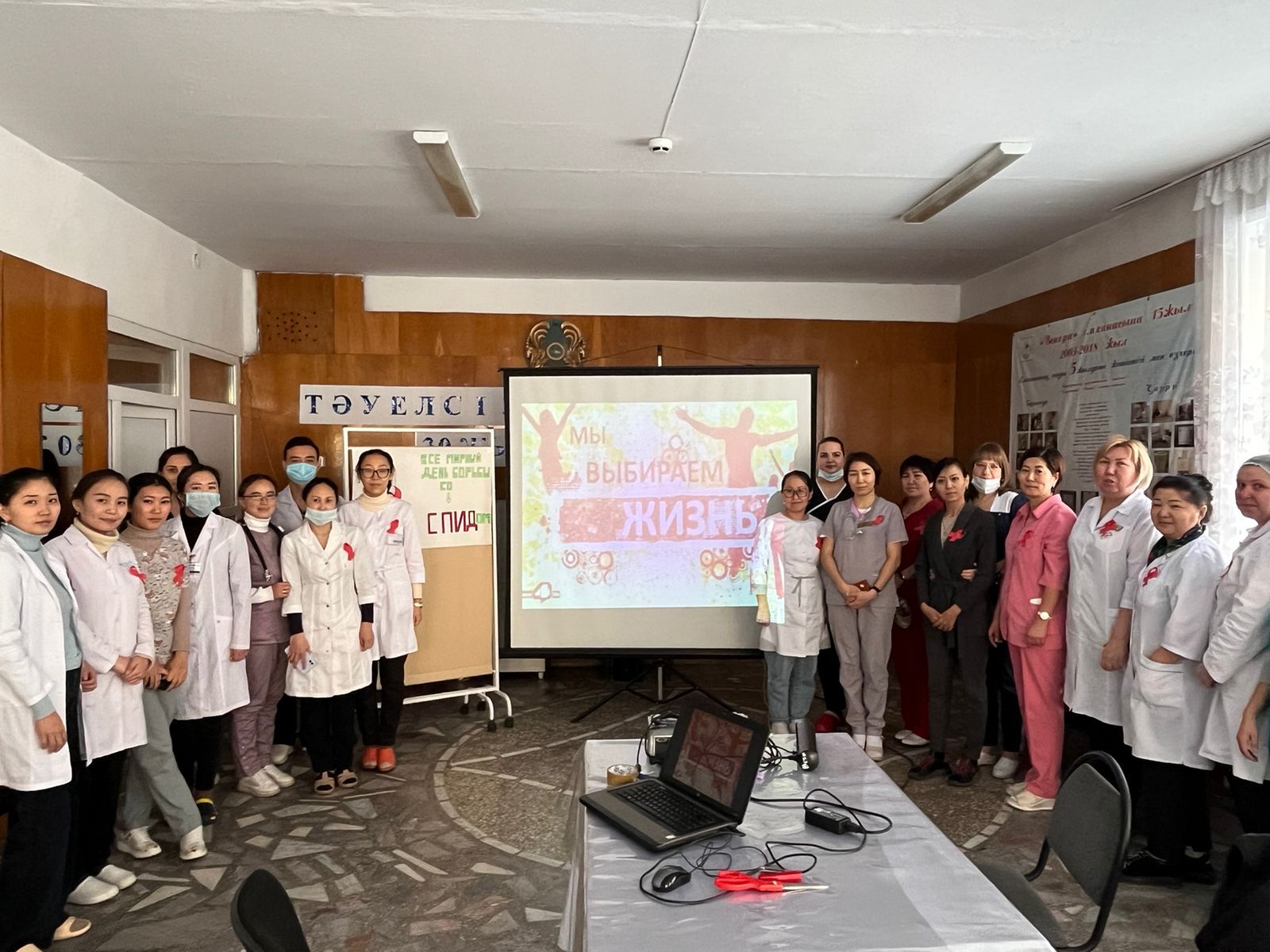 On December 1, 2022, at the Department of Pediatrics and Medical Rehabilitation named after D. M. Tusupova, on the basis of the IPMC “Venera”, interns pediatricians of the 601 and 705 groups of GP, under the guidance of the assistant of the department A. A. Kapanova, held a seminar for practitioners, medical personnel dedicated to the World AIDS Day.

World AIDS Day is the international day of the United Nations, celebrated on December 1. It was first proclaimed by WHO in 1988, and has been conducted by UNAIDS since 1996. The day was established to raise awareness about the AIDS epidemic caused by the spread of HIV infection, as well as as a day of remembrance of the victims of this disease. The symbol of the fight against HIV infection, including AIDS (stage 4 of HIV infection) is a red ribbon that stands for support, compassion and hope for a future without AIDS.

Interns and medical workers were informed about HIV and AIDS, transmission routes, diagnostics, prevention measures and the epidemiological situation of HIV in Kazakhstan and in the world. A heated discussion of this topic took place, all the questions of interest were answered.

Seminar for students of SMU, NCJSC on learning of clinical protocols of influenza/ARVI/COVID-19 among children and adults
02.02.2023

Participation in the seminar “Providing medical care for influenza, SARS and COVID-19” of infectious disease residents and interns of the DPD 622 group
01.02.2023