You are here:
Events at SMUStudents 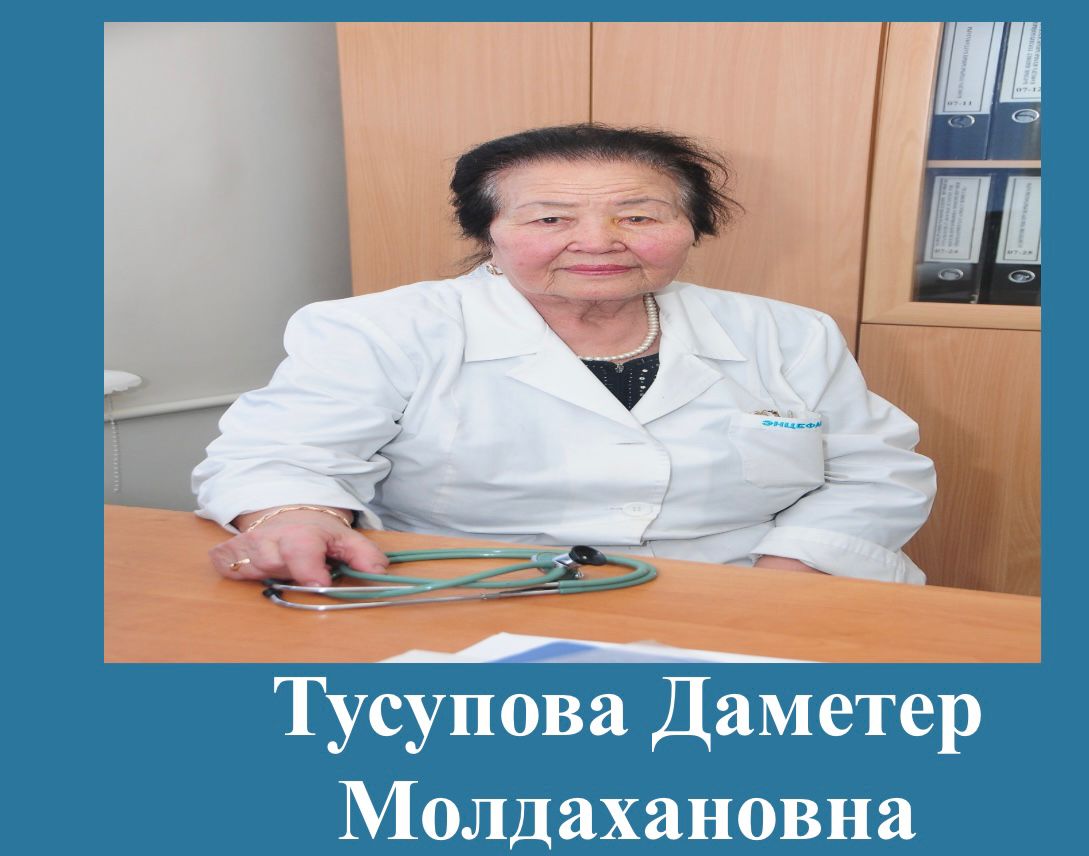 Tusupova Dameter Moldakhanovna started working at our university in 1953. In 1963, for the first time under her leadership, the Department of Hospital Pediatrics was organized. In 1970 she defended her PhD thesis, in 1971 she was transferred to the position of associate professor. In 2000, there was a head. the course of children’s diseases of the medical faculty, and since 2004 – head. the course of the Department of Hospital Pediatrics and in the same year she was awarded the title of professor. He is the author of 112 scientific papers, 28 methodological manuals, 18 implementations. Scientific works are mainly devoted to the pathology of young children (rickets, anemia, hypotrophy). She was one of the first participants in an expedition dedicated to studying the impact of nuclear weapons tests on health in the SIP region in 1957-1958 under the leadership of S. Balmukhanov. For her long-term work, she was repeatedly awarded diplomas of the Ministry of Health of the Republic of Kazakhstan, the badge “Excellent Health Worker of the USSR”, the medal “Veteran of Labor”, “Adal enbegi ushin”. For her significant contribution to the development of pediatrics, she was awarded the title of “Golden Stethoscope” (2013). Since the foundation of the Council, “Akylman” has been its permanent member.

Teaching staff and residents, interns of the department observed a minute of silence in memory of Professor D.M. Tusupova. We, the new generation, always warmly remember and honor our mentor, and try to continue the work she started at the proper level.

The Open Day dedicated to World Cancer day was on the 4th of February
06.02.2023
Search
Subpages