Round table on novel-dilogy “Ai and Aisha” 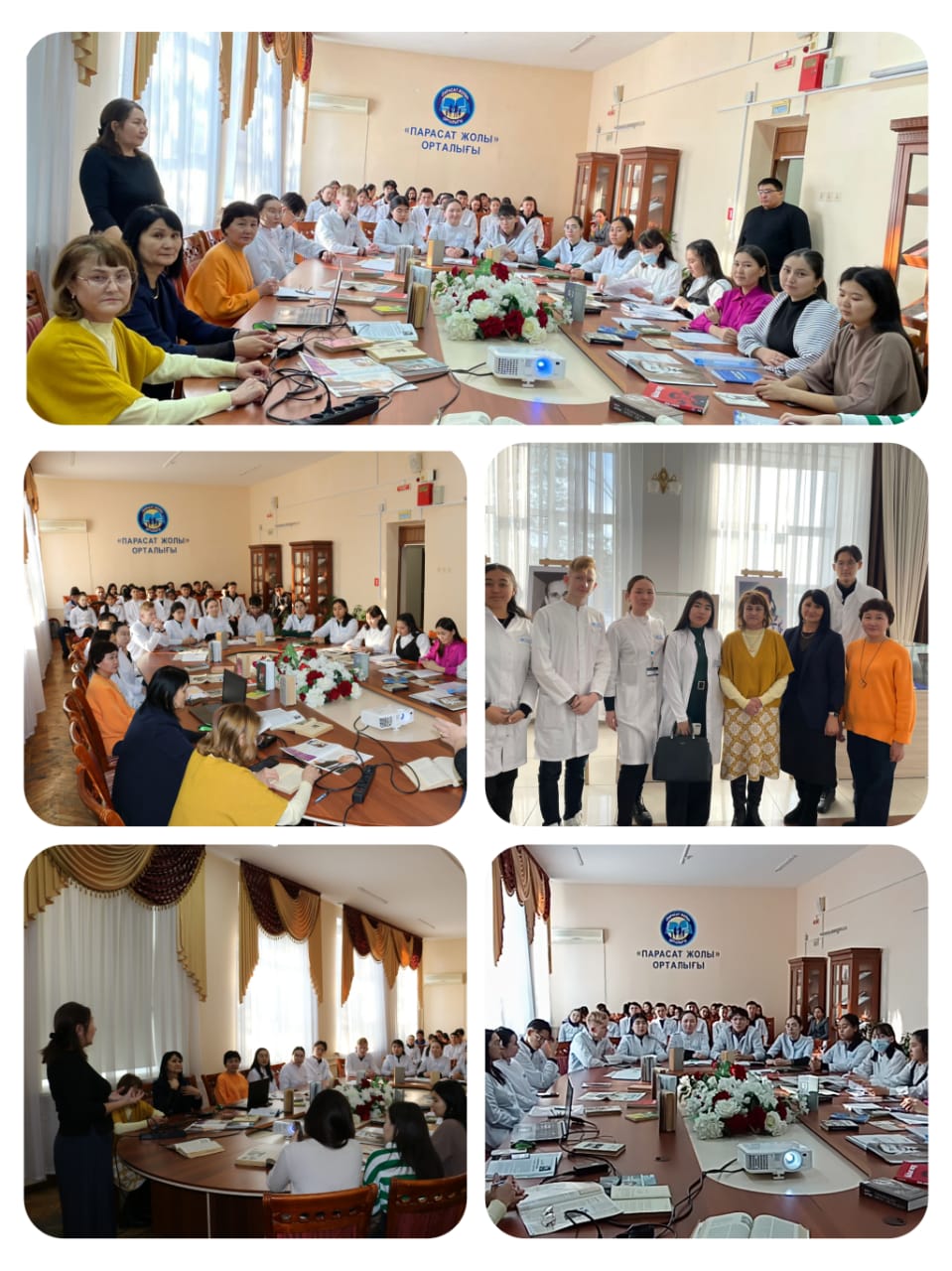 On December 21, 2022, the department of general education subjects of “Semei Medical University” Autonomous Non-profit Organization together with the regional universal library named after Abay held a round table dedicated to the 90th anniversary of Sherkhan Murtaza, the writer and public figure of Kazakhstan. The event was attended by the teachers of the Department of general education M.D. Zhorokpaeva, N.M. Abeshova, B.A. Zhorgataeva and students of groups 1215, 1217, 2117, 1122, 1303 of the specialty of general medicine.

The main purpose of the round table was to present the writer’s contribution to Kazakh literature, to introduce the content of the novel “Ai and Aisha”, to reveal the image of the main character of the work – Barskhan, to set his life as an example for future generations, and to analyze the historicity of the novel. “Ai and Aisha” novel-diology is a story that happened in real life. The writer tells about his life through the boy Barskhan, who became the supporter and guardian of his mother Aisha, who endured some difficulties due to the terrible war.

At the end of the event, Maygul Seytkazhievna, a library employee of Bathholdin, introduced the audience to a book exhibition dedicated to the work of Sherkhan Murtaza.