Winter School – “Rehabilitation as the basis of a healthy nation”

You are here:
Social LifeStudents 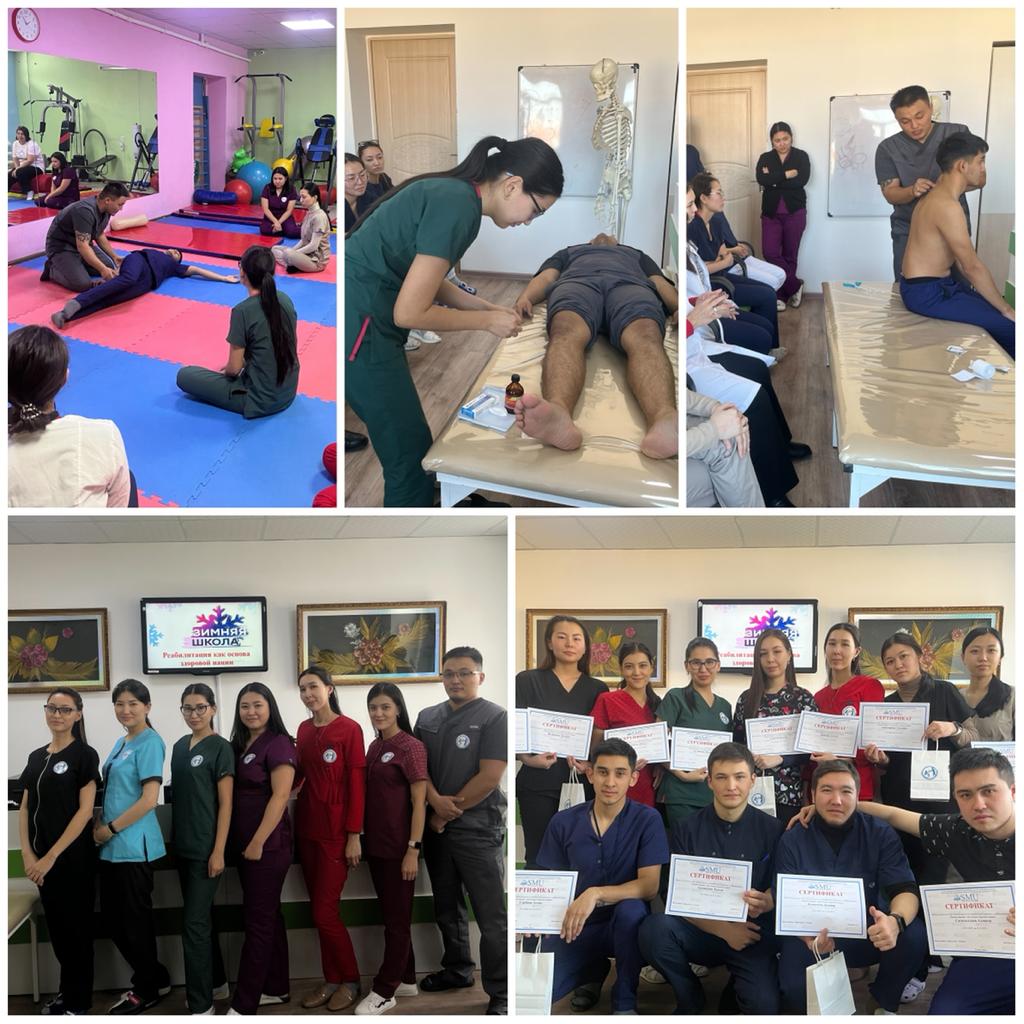 At the Department of Pediatrics and Medical Rehabilitation named after D. M. Tusupova, residents of the 1st and 2nd year of study in the specialty “Physical Medicine and Rehabilitation” held a Winter School on the theme “Rehabilitation as the basis of a healthy nation” from December 19 to 23, 2022. Among the participants were resident pediatricians, neonatologists, interns of the 7th year GP.

The winter school lasted 5 days. The opening of the winter school began with a welcome speech by the Candidate of medical Sciences, pediatrician of the highest category, neonatologist, neuropathologist and rehabilitologist Alimbayeva A.R. Then the organizers made a report on the principles of rehabilitation of young children. The information provided to the audience turned out to be an innovation, which caused positive emotions among the participants. Then there was an unusual coffee break, in the form of koumiss therapy, earlier in the report it was told about the benefits of koumiss. After that, there was feedback on situational tasks. On the first day, residents of Baezov Ayauly and Ablakimova Ayim reported.

Also, the participants of the winter school were provided with information about alternative methods in rehabilitation: needle therapy, manual therapy, kinesotaping, osteopathy. The presentations were presented by residents Alibek Yernar and Dauletzharova Zhaiyk , after the knowledge gained was worked out in detail in practice.

At the conclusion of the winter school, a psychological training was conducted in the format, residents of the 1st year Imanova Aizada, Oshakbayeva Aisulu conducted the training, three types of games were presented, and then the results were interpreted. Also, in the form of a practical skill, massage techniques were analyzed, participants performed a classic massage on a standardized patient.

As part of the winter school, an open day was also held for the purpose of career guidance.

On the final day, feedback from colleagues was listened to, the participants expressed gratitude for the winter school, as the analysis of topics shows the need for timely rehabilitation assistance, and one of the principles of rehabilitation is an early start, complexity and a multidisciplinary approach. Only by uniting together, we can achieve great results. Then certificates with memorable gifts were solemnly presented.

Organizers: Residents of FMiR 1st and 2nd year of study.

Prevention of ARVI and influenza (round table for schoolchildren)
07.02.2023

Meeting of the School of the Young Teacher
06.02.2023
The student scientific meeting in the the Department of General Medical Practice of Semey
02.02.2023

Seminar for students of SMU, NCJSC on learning of clinical protocols of influenza/ARVI/COVID-19 among children and adults
02.02.2023
Search
Subpages