Visiting the center of longevity 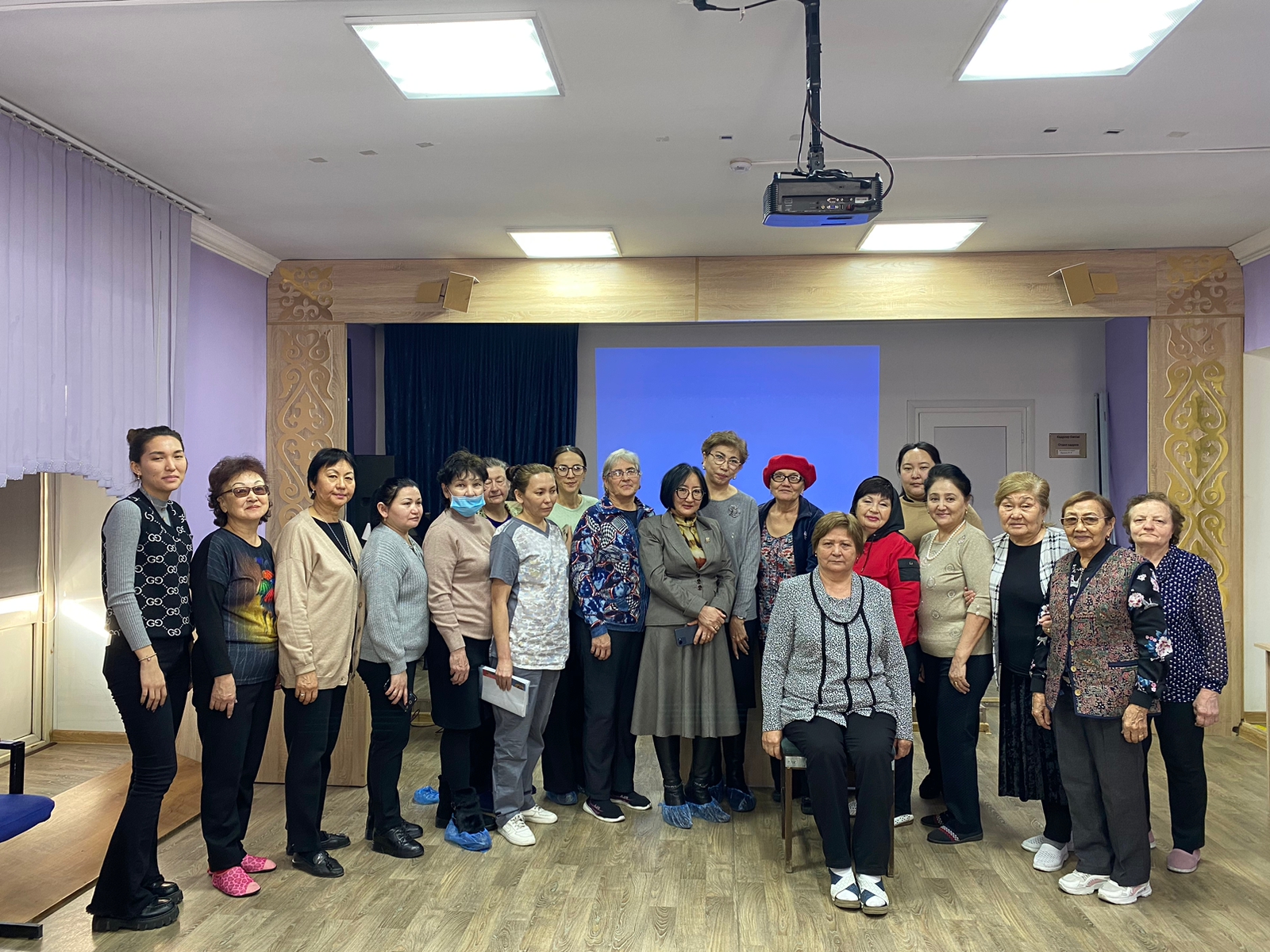 January 19 Department of Physiological Disciplines named after T. A. Nazarova in the person of acting professor. Associate Professor Urazalina N. M., Senior Lecturer Kulyamirova Zh. O. and teacher, master Kanatbekova A. K. held a meeting at the city’s longevity center. The event was organized according to plan within the Silver University. 2 presentations were presented to the attention of those present on the topic: “Chakras in a person” and “Differences between Western and Eastern medicine”. Professor Urazalinа N. M. provided information on human chakras. Chakras are the psycho-energetic centers of a person, which are the intersection of the channels through which the vital energy of a person flows. They are also called the rotating whirlpools of energies that run along our spine. There are seven main energy centers (the seven human chakras). Understanding the work of the chakras can become an indispensable tool for everyone in understanding their inner world. They are designed for both absorption and output of energy. From this it follows that they can be in one of these states, but not simultaneously, but alternating. By becoming aware of the chakra system, we can easily deal with the problems that arise in our lives. Each chakra is responsible for its own aspect of life and filling it with energy. And this, in turn, determines the joy, health and well-being in life. When the work of one of the chakras is limited, one can feel a painful condition, a breakdown, a feeling of discomfort If all the chakras are blocked, physical death can occur. Associate Professor Urazalina N. M. practical recommendations for unblocking the chakras were given.

Kulyamirova Zh. O. presented a presentation “Differences between Western and Eastern medicine”. Medicine is one of the most ancient sciences. For many centuries, people have been looking for ways to combat various diseases. Due to the fact that Western and Eastern medicine developed at different times and separately from each other, they are fundamentally different. Today, traditional Western medicine focuses on the study of the causes of various pathological conditions in the human body. Basically, all Western medicine is aimed more at eliminating the consequences of diseases. Eastern doctors are more focused on the person as a whole and the body’s ability to counteract pathogens. Medicine in the east is more focused on disease prevention. Western doctors mainly deal with individual symptoms by removing the cause that caused them. The drugs used by modern doctors have a narrow spectrum of action, that is, they act only on a specific organ or are aimed at combating a specific pathogenic microorganism. Eastern treatment, in turn, is aimed at bringing back to normal not only the affected organ or organ system, but also bringing the body into order as a whole. Eastern medicine is a whole separate philosophy. To summarize, it turns out that Western medicine is effective in cases where the consequences pose a real threat to life. Eastern medicine is also able to help in acute cases, but not always so effectively, because it does not have such strong methods of influence.

In conclusion, the participants of the longevity center asked questions about the presentations, to which the lecturers gave exhaustive answers. The management of the center expressed their sincere gratitude for the event organized by the Department of Physiological Disciplines named after T. A. Nazarova!

Department of Physiological Disciplines named after T. A. Nazarova